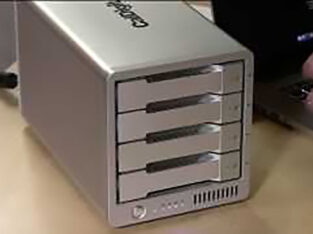 Read MoreDesigned for modern 4K workflows and built using durable aluminum, the T4 8TB Thunderbolt 2 RAID Array (4 x 2TB) from CalDigit is an external RAID array that connects to your Windows or Mac system using one of its two Thunderbolt 2 ports at speeds up to 750 MB/s. Its second Thunderbolt 2 port may be used to connect multiple 4K devices such as monitors, I/O devices, and additional RAID solutions. The T4 has a total capacity of 8TB, which is configured as 4 x 2TB. While the storage in this RAID is comprised of 3.5″ hard drives, its drive bays are also compatible with 2.5″ drives. The T4 supports a variety of RAID modes, including RAID 0, 1, 5, each of which offers performance, data redundancy, or a combination of both. For those who do not require a RAID, JBOD is also supported. Additionally, the T4 has a Hybrid RAID mode, allowing users to combine the unit into a RAID 0 or 1 with a JBOD, as well as format two drive bays as a RAID 0 or 1 and use the other two drive bays in the same way. The CalDigit T4 8TB Thunderbolt 2 RAID Array (4 x 2TB) operates using 100-240 VAC at 2.0A and 50-60 Hz. It includes four drive modules, an AC adapter, an AC power cords, and two keys. The unit is also backwards compatible with Thunderbolt 10 Gb/s and is protected by a limited 5-year warranty, while the drives are protected by a limited 3-year warranty. Thunderbolt 2The CalDigit T4 features Thunderbolt 2 technology for use with the Mac and PC Thunderbolt 2 equipped computers and is also backwards compatible with computers equipped with the original Thunderbolt interface. Thunderbolt 2 takes the original Thunderbolt’s dual 10 Gb/s bi-directional channels and combines them into a single 20 Gb/s bi-directional channelHybrid RAIDThe T4 allows users the flexibility of combining the unit into a RAID (0 or 1) with a JBOD. Users can also combine two drive bays into a RAID (0 or 1) and set up the other two drive bays in the same way. This gives users two RAIDs in one. This versatility opens up many possibilities for the user to tailor their storage to their needs, instead of the other way aroundVersatile RAIDThe T4 can support a variety of RAID configurations such as RAID 0, 1, and 5. This allows the user to configure their T4 according to their needs. RAID 5 (Parity Striped Users that require a combination of performance and protection should opt for RAID 5. RAID 5 offers single drive redundancy along with the performance of a striped set. In the event of a single drive failure, the data will remain intact and accessible, allowing the failed drive to be replaced RAID 0 (Striped) RAID 0 is designed for users that require maximum performance from their RAID array. A backup is highly recommend since RAID 0 does not offer any protection RAID 1(Mirrored) RAID 1 is ideal for those who require a backup solution. Any data written to the RAID will be copied onto each of the four drives, resulting in four copies of the dataPerformanceWhen configured as a RAID 0, the T4 can achieve read and write speeds up to 750 MB/s. When configured as a RAID 5, it can achieve read and write speeds up to 550 MB/sSSD/HDDUnlike most RAID solutions that use full size 3.5″ hard drives, the T4 is also compatible with 2.5″ solid-state drives. The removable drive design allows the system to be retrofit easily and users are no longer limited to choosing between capacity and performance4K ReadyThunderbolt 2 is able to integrate modern 4K video workflows through a single cable. Thunderbolt 2 offers the ability to connect multiple 4K devices such as monitors, I/O devices, and additional RAID solutions. With a maximum bandwidth pipeline of 750 MB/s, Thunderbolt 2 helps make it easier to work with large 4K filesDurable ConstructionThe T4 is constructed with a die-cast aluminum chassis that offers greater durability than materials such as polycarbonateMonitoring SoftwareThe CalDigit Drive Utility completely runs and configures the CalDigit T4. This software provides vital drive information, RAID management, event notifications, email notifications, event logs, and disk benchmark tests. The CalDigit Drive Utility can also be used to monitor multiple T4 units and CalDigit’s other Thunderbolt RAID storage solutionsCompact Form FactorThe four bay design offers high performance in a compact package. The design also takes up less desk space than typical RAID storage solutions 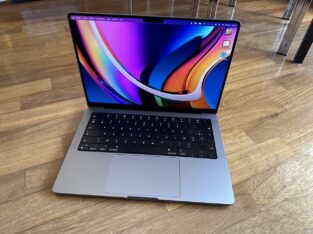 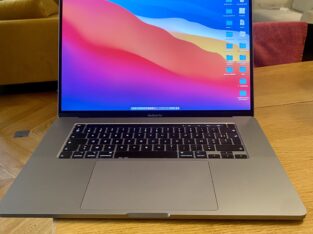 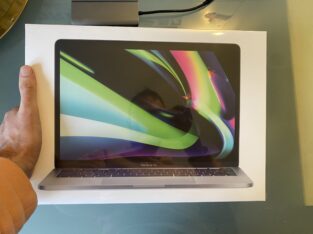 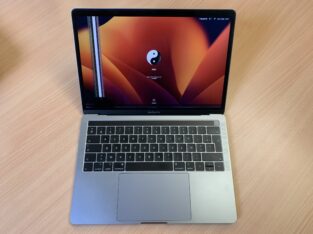 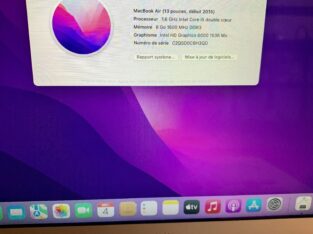 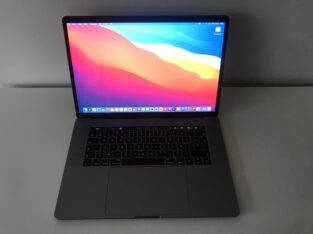 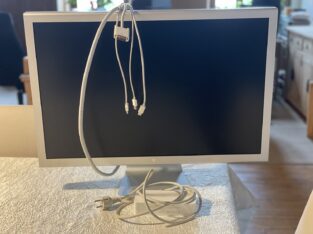 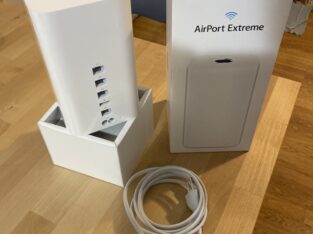 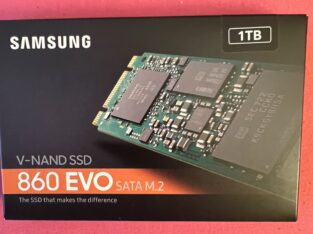 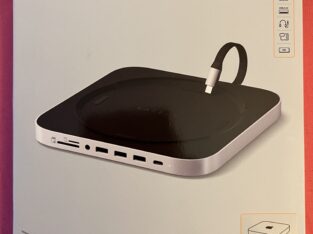 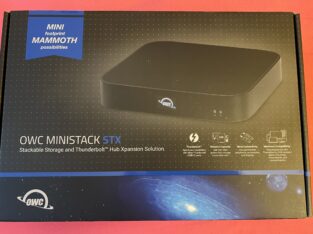